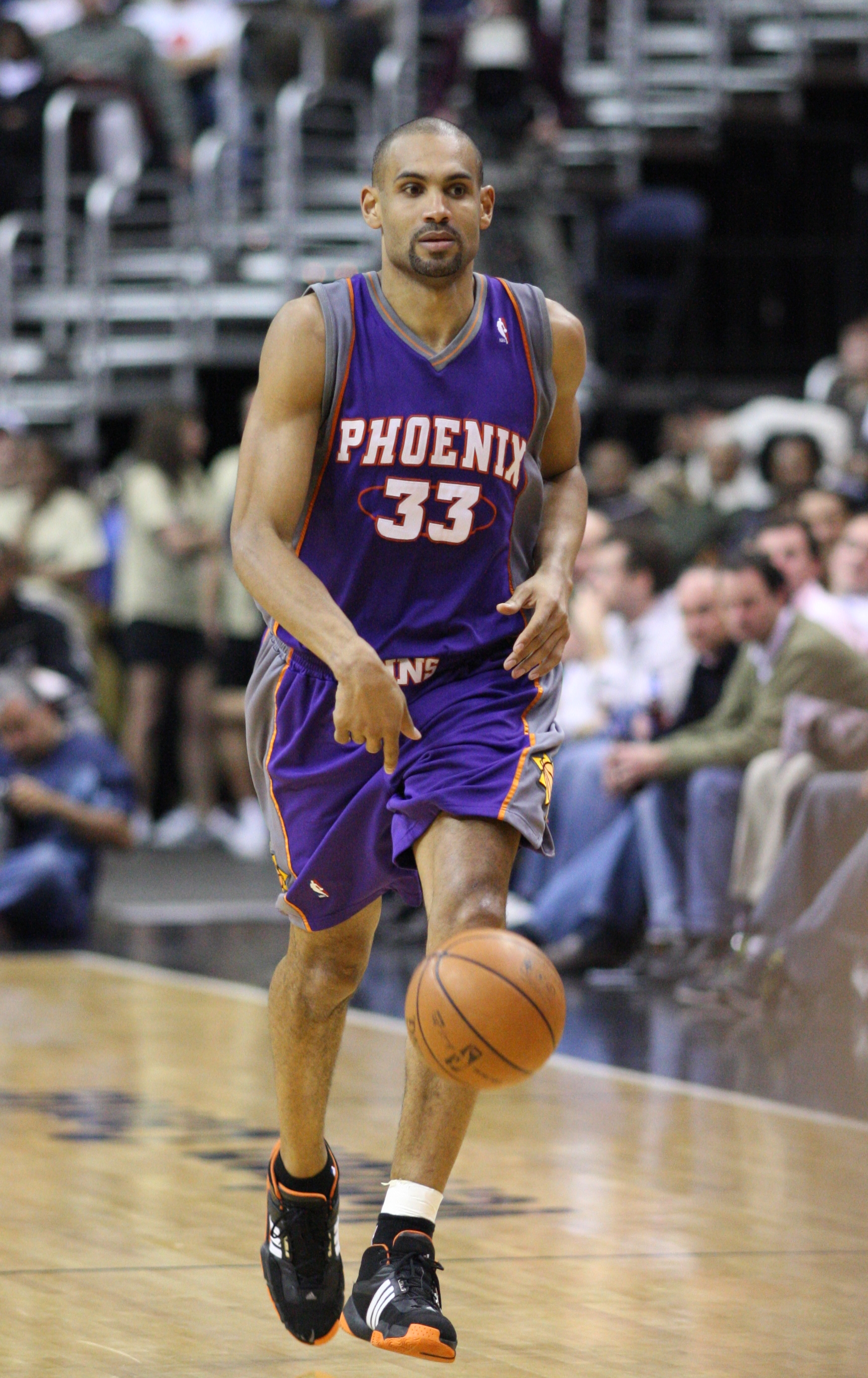 Grant Henry Hill (born October 5, 1972) is a retired American professional basketball player who is a co-owner of the Atlanta Hawks. After playing college basketball for Duke University, Hill played for four teams in his professional career in the National Basketball Association (NBA): The Detroit Pistons, the Orlando Magic, the Phoenix Suns, and the Los Angeles Clippers. For most of his career, he played the small forward position. Hill also co-hosts ''NBA Inside Stuff'' on NBA TV.

After graduating from Duke in 1994, Hill was selected by the Detroit Pistons with the third overall pick in the NBA draft. He was the co-winner of the 1995 NBA Rookie of the Year Award. Early in his NBA career, Hill was widely considered to be one of the best all-around players in the game, often leading his team in points, rebounds and assists. In his first six seasons in the NBA, Hill averaged 21.6 points, 7.9 rebounds, and 6.3 assists per game and made the Eastern Conference All-Star Team five times. However, the trajectory of his career was altered by a 2000 ankle injury. The injury continued to plague him for several years, led to a March 2003 surgery that was followed by life-threatening complications, and forced him to miss the entire 2003–04 season. In 2005, Hill made the Eastern Conference All-Star Team as a member of the Magic. He played in the Western Conference Finals in 2010 during his tenure with the Phoenix Suns. In the 12 seasons following his ankle injury, Hill averaged 13.1 points, 4.7 rebounds, and 2.6 assists per game. On June 1, 2013, Hill announced his retirement from the NBA. He is a seven-time NBA All-Star, a five-time All-NBA selection, and a three-time winner of the NBA Sportsmanship Award. In 2018, he was inducted into the Naismith Basketball Hall of Fame.

An ownership group including Hill and Tony Ressler purchased the Atlanta Hawks on June 24, 2015. Provided by Wikipedia
1