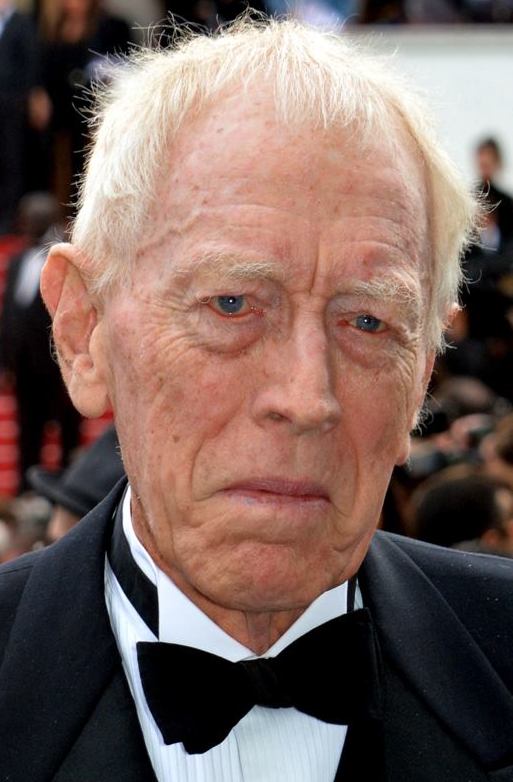 Max von Sydow (; born Carl Adolf von Sydow; 10 April 1929 – 8 March 2020) was a Swedish-born naturalised French actor. He had a 70-year career in European and American cinema, television, and theatre, appearing in more than 150 films and several television series in multiple languages. He became a French citizen and lived in France for the last decades of his life.

Capable in roles ranging from stolid, contemplative protagonists to sardonic artists and menacing, often gleeful villains, von Sydow was best known for playing the 14th-century knight Antonius Block in Ingmar Bergman's ''The Seventh Seal'' (1957), which features iconic scenes of his character challenging Death to a game of chess. He appeared in a total of 11 films directed by Bergman, among which were ''The Virgin Spring'' (1960) and ''Through a Glass Darkly'' (1961), both winners of the Academy Award for Best Foreign Language Film. He starred in a third winner, Bille August's ''Pelle the Conqueror'' (1987), a quarter-century later.