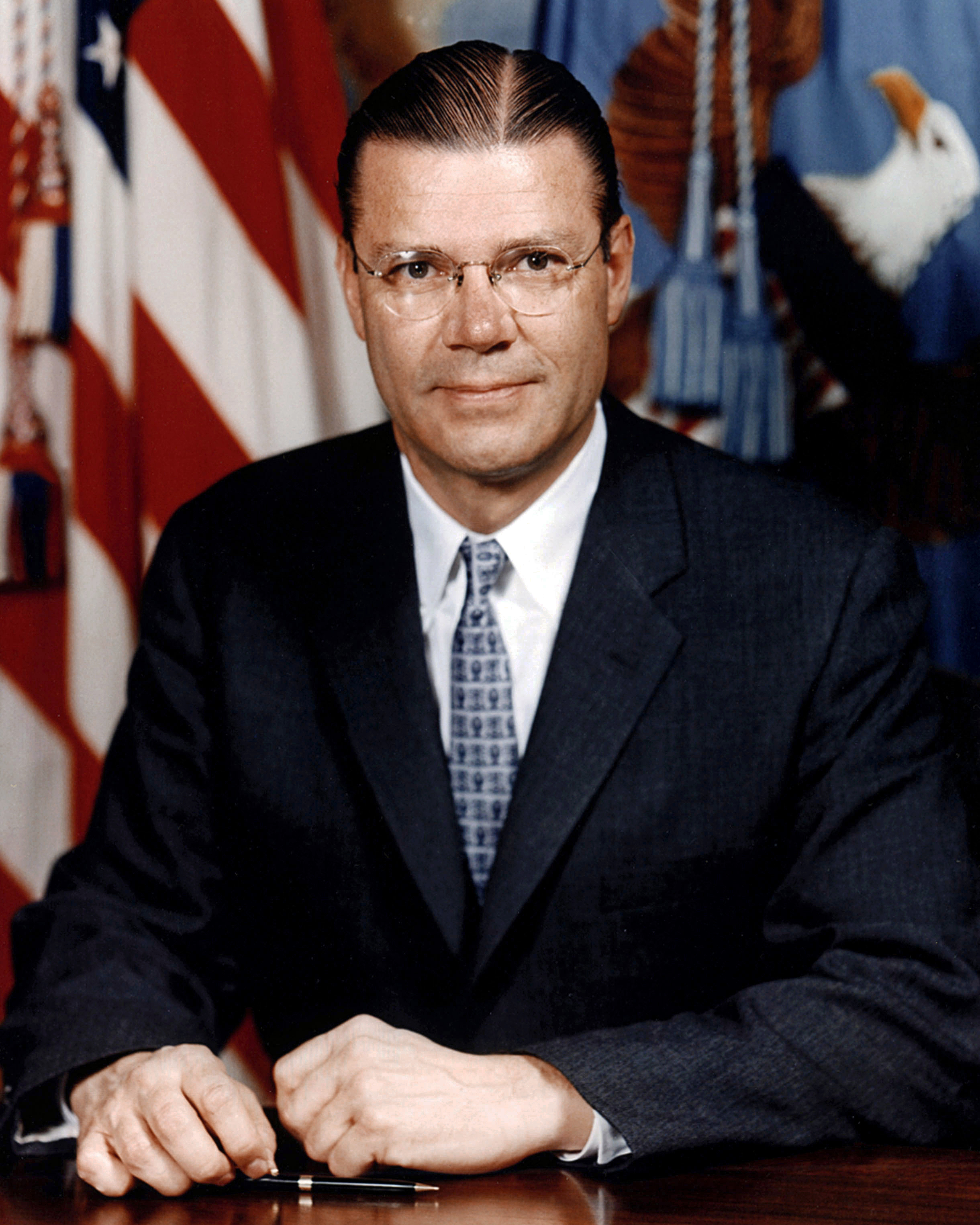 Robert Strange McNamara (June 9, 1916 – July 6, 2009) was an American business executive and the eighth United States Secretary of Defense, serving from 1961 to 1968 under Presidents John F. Kennedy and Lyndon B. Johnson. He played a major role in escalating the United States' involvement in the Vietnam War. McNamara was responsible for the institution of systems analysis in public policy, which developed into the discipline known today as policy analysis.

He was born in San Francisco, California, graduated from UC Berkeley and Harvard Business School and served in the United States Army Air Forces during World War II. After the war, Henry Ford II hired McNamara and a group of other Army Air Force veterans to work for Ford Motor Company. These "Whiz Kids" helped reform Ford with modern planning, organization, and management control systems. After briefly serving as Ford's president, McNamara accepted appointment as Secretary of Defense.

McNamara became a close adviser to Kennedy and advocated the use of a blockade during the Cuban Missile Crisis. Kennedy and McNamara instituted a Cold War defense strategy of flexible response, which anticipated the need for military responses short of massive retaliation. McNamara consolidated intelligence and logistics functions of the Pentagon into two centralized agencies: the Defense Intelligence Agency and the Defense Supply Agency. During the Kennedy administration, McNamara presided over a build-up of US soldiers in South Vietnam. After the 1964 Gulf of Tonkin incident, the number of US soldiers in Vietnam escalated dramatically. McNamara and other US policymakers feared that the fall of South Vietnam to a Communist regime would lead to the fall of other governments in the region. In October 1966, he launched Project 100,000, the lowering of army IQ standards which allowed 354,000 additional men to be recruited, despite criticism that they were not suited to working in high stress or dangerous environments. The large presence of American troops on R&R and working on air bases in Thailand turned the country into a sex tourism destination, which was condoned and sanctioned by McNamara.

McNamara grew increasingly skeptical of the efficacy of committing American troops to Vietnam. In 1968, he resigned as Secretary of Defense to become President of the World Bank. He remains the longest serving Secretary of Defense, having remained in office over seven years. He served as President of the World Bank until 1981, shifting the focus of the World Bank towards poverty reduction. After retiring, he served as a trustee of several organizations, including the California Institute of Technology and the Brookings Institution. In his later writings and interviews, he expressed regret for the decisions he made during the Vietnam War. Provided by Wikipedia
1