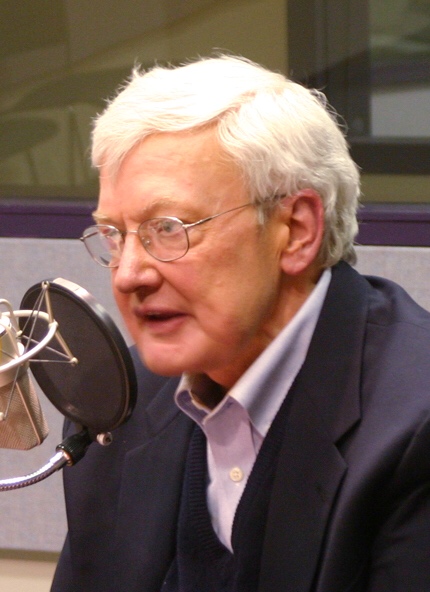 Roger Joseph Ebert (; June 18, 1942 – April 4, 2013) was an American film critic, film historian, journalist, screenwriter, and author. He was a film critic for the ''Chicago Sun-Times'' from 1967 until his death in 2013. In 1975, Ebert became the first film critic to win the Pulitzer Prize for Criticism. Neil Steinberg of the ''Chicago Sun-Times'' said Ebert "was without question the nation's most prominent and influential film critic," Tom Van Riper of ''Forbes'' described him as "the most powerful pundit in America," and Kenneth Turan of the ''Los Angeles Times'' called him "the best-known film critic in America."

Ebert was known for his intimate, Midwestern writing voice and critical views informed by values of populism and humanism. Writing in a prose style intended to be entertaining and direct, he made sophisticated cinematic and analytical ideas more accessible to nonspecialist audiences. Despite being a populist, Ebert frequently endorsed foreign and independent films he believed would be appreciated by mainstream viewers, which often resulted in such films receiving greater exposure.

Ebert and ''Chicago Tribune'' critic Gene Siskel helped popularize nationally televised film reviewing when they co-hosted the PBS show ''Sneak Previews'', followed by several variously named ''At the Movies'' programs. The two verbally sparred and traded humorous barbs while discussing films. They created and trademarked the phrase "two thumbs up," used when both gave the same film a positive review. After Siskel died in 1999, Ebert continued hosting the show with various co-hosts and then, starting in 2000, with Richard Roeper.

Ebert was diagnosed with cancer of the thyroid and salivary glands in 2002. In 2006, he required treatment that included removal of his lower jaw, leaving him severely disfigured and without the ability to speak or eat normally. However, his ability to write remained unimpaired and he continued to publish frequently online and in print until his death on April 4, 2013. Provided by Wikipedia
1