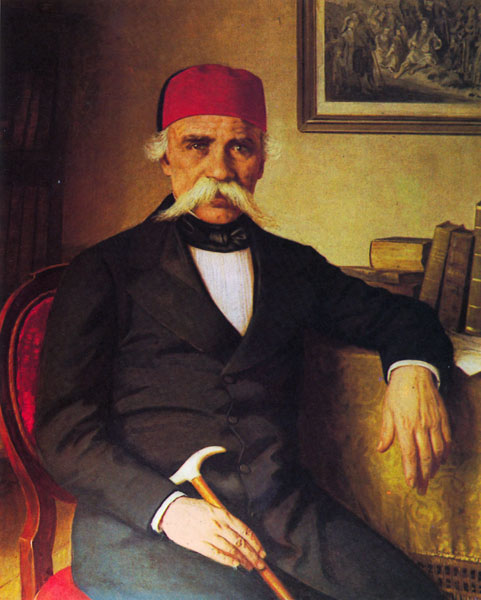 Vuk Stefanović Karadžić (, ; 7 November 17877 February 1864) was a philologist and linguist who was the major reformer of the Serbian language. For his collection and preservation of Serbian folktales, Encyclopædia Britannica labelled him "the father of Serbian folk-literature scholarship." He was also the author of the first Serbian dictionary in the new reformed language. In addition, he translated the New Testament into the reformed form of the Serbian spelling and language.

Karadžić held the view that all South Slavs that speak the Shtokavian dialect were Serbs or of Serbian origin and considered all of them to speak the Serbian language, which is today a matter of dispute among scientists. However, Karadžić wrote later that he gave up this view because he saw that the Croats of his time did not agree with it, and he switched to the definition of the Serbian nation based on Orthodoxy and the Croatian nation based on Catholicism.