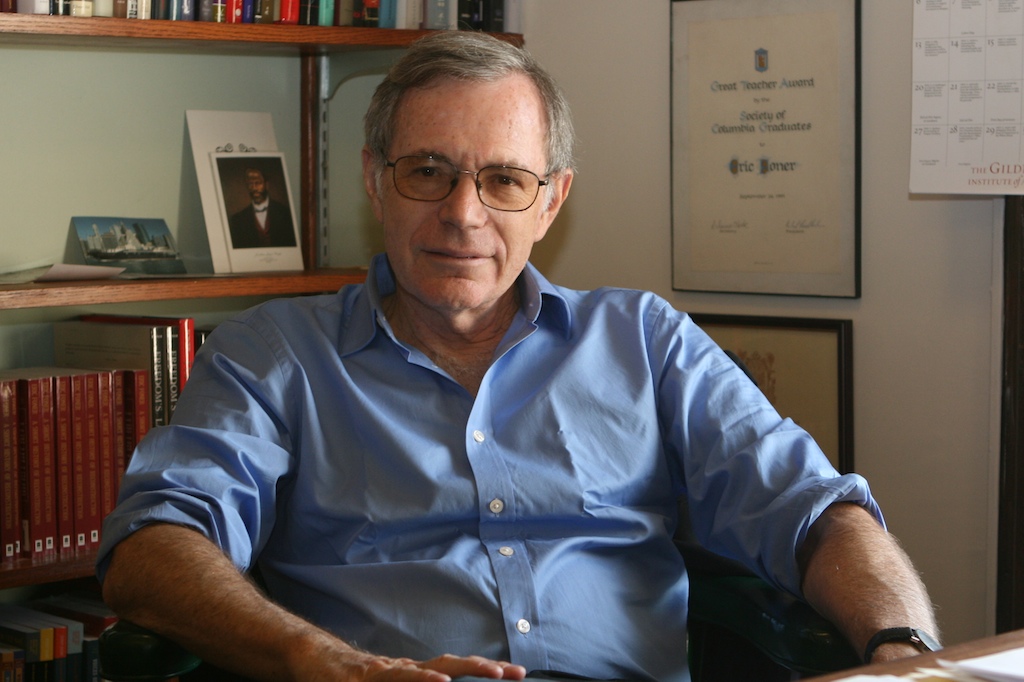 Eric Foner (; born February 7, 1943) is an American historian. He writes extensively on American political history, the history of freedom, the early history of the Republican Party, African-American biography, Reconstruction, and historiography, and has been a member of the faculty at the Columbia University Department of History since 1982. He is the author of several popular textbooks. According to the Open Syllabus Project, Foner is the most frequently cited author on college syllabi for history courses.

Foner is a leading contemporary historian of the Reconstruction period, having published ''Reconstruction: America's Unfinished Revolution, 1863–1877'' in 1989 and more than 10 other books on the topic. His online courses on "The Civil War and Reconstruction", published in 2014, are available from Columbia University on ColumbiaX.

In 2011, Foner's ''The Fiery Trial: Abraham Lincoln and American Slavery'' (2010) won the Pulitzer Prize for History, the Lincoln Prize, and the Bancroft Prize. Foner previously won the Bancroft in 1989 for his book ''Reconstruction: America's Unfinished Revolution, 1863–1877''. In 2000, he was elected president of the American Historical Association. He was elected to the American Philosophical Society in 2018. Provided by Wikipedia
1