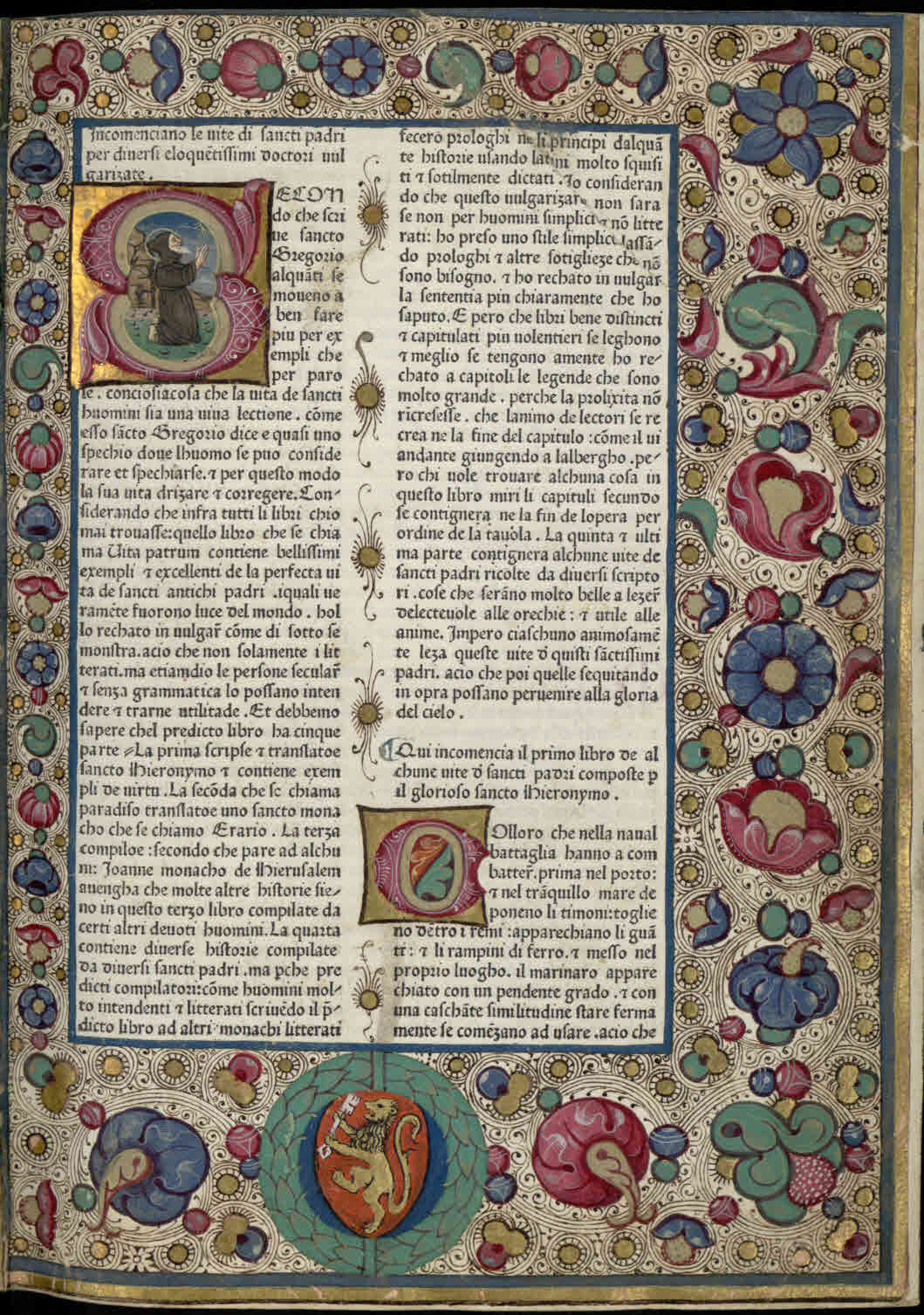 He was a friar of the Dominican order and lived a life, mostly spent in the monastery of Santa Caterina, of irreproachable morals, characterized by attention to the poor and the sick. Cavalca dedicated much time and care to nunneries in the province of Pisa and his activity led to the foundation in 1342, just before his death, of the Dominican nunnery of Santa Marta (today no longer existing) in Pisa.

The works of Cavalca, of religious or ascetic subject, are in part original, in part derived from Latin texts. His treatises are strongly influenced by ''Summae virtutum ac vitiorum'', a treatise written in the thirteenth century by the French Dominican William Perault.

Cavalca became a very famous writer and in the following centuries many works were attributed to him, but in many cases these were erroneous attributions. Provided by Wikipedia
1